Several years ago, when I was teaching the class I was teaching when I first started participating in the March Slice of Life Challenge (2007), a boy in my grade 3/4 class made running car noises for three days straight.  On day one, I tried everything I could to distract him.  On day two, I mostly ignored it thinking he’d give up.  He was an attention seeker, and I was NOT going to give him any attention for this behaviour!  On day three, I lost my cool. He had, by this time, recruited the other 3 boys in the class into his game of “Annoy Mrs. Corbett and all the girls”.  They were all making running car noises at the same time until they’d collapse into a fit of giggles.  On day three, it wasn’t funny any more.  I yelled at the three of them in the hall like I have never yelled before or since.  I walked away from it feeling embarrassed by my behaviour but also feeling assured that I had shown them who was boss.

Day three was a Friday, so when we returned on Monday I wasn’t sure if the car noises would start up again or not.  They didn’t.  I’ll never know if the boys forgot about it, or just moved on.  I’m quite certain my temper tantrum did nothing to solve the problem.

I was reminded of this the other day when a child in my class made a running car noise. But this time, because I’ve spent a lot of time learning about self-regulation and more importantly Self-Reg I recognized the attention seeking behaviour as something I needed to respond to.  Instead of thinking, “I’ll ignore it until it stops, wait for a positive behaviour, and then give attention for that.”  I went straight to the child and said, “What’s up?  Is everything ok?”

It wasn’t.  So we walked through the problem and instead of turning into three solid days of running car noises (I bet you are tired of hearing me say “running car noises” and you are probably getting a feel for how it felt to hear the actual running car noises for, you know, THREE DAYS STRAIGHT!)  This child and I walked away feeling better.  I was not embarrassed by my behaviour.  Judging by the dwindling number of attention seeking incidents, I think this child feels better about these interactions too.  I’ve become someone s/he can get help from when things are hard, rather than someone that needs to be obeyed simply because I am older than the other people in the room. I feel like I have earned respect instead of demanded it. 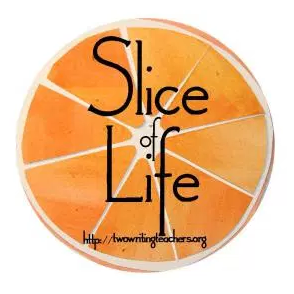 2 thoughts on “A Small (Self-Reg) Moment”